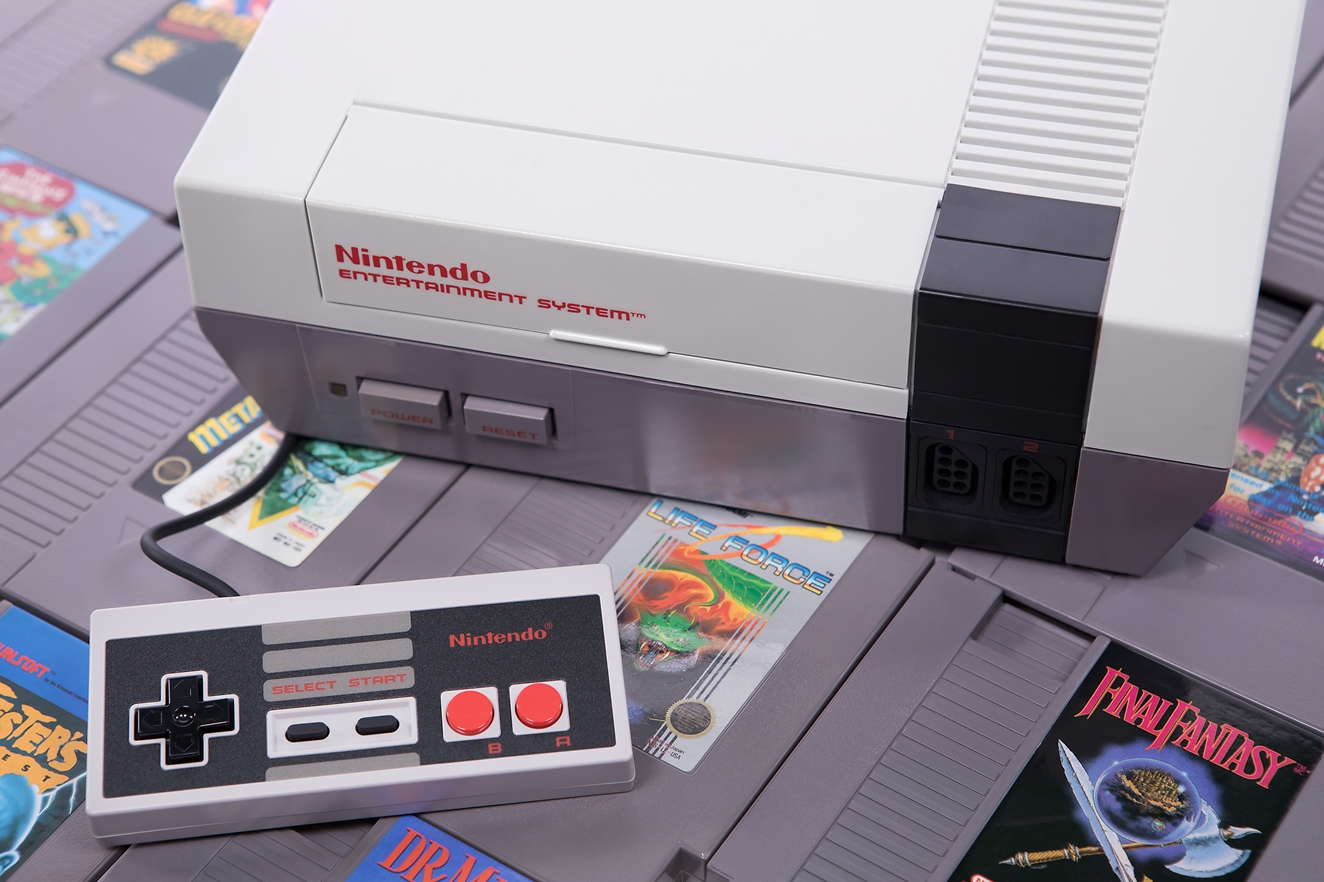 In the history of video games, there are not only incredible black...
Read more Video Games
Discover the best Christmas video games that you...

Christmas is the time of year when everything is filled with lights,...
Read more Oh, the Retro Gaming! No one can deny that video games have evolved in ways that were previously impossible to imagine: ultra-realistic graphics, advanced AI, fascinating stories, and even immersive experiences thanks to virtual reality and augmented reality.

However, there are times when these games do not seem to satisfy the desire for fun when you need to enjoy a simple video game with a good plot without complicated controls or thousands of trophies to unlock. When this happens, there is only one possible solution: Retro gaming.

Retro Gaming or old-school gaming is spending time completing classic video games, mainly from the 80s, to relive good moments full of nostalgia. It is essential to clarify a point, and that is that although these video games are, well, old, it does not mean that they are easy to complete.

And it is that retro gaming has its own difficulties that, if you are completely used to the current dynamics of this world, could confuse you and make you frustrated more than once. (And no, we’re not just talking about the hundreds of different ways Koopa Troopas can kill Mario by simply breathing near him… I wouldn’t say I like Koopa Troopas)

Although modern video games offer advanced game mechanics, it does not mean that they are more complicated, complex, or interesting than many of the great classics of video games.

This is possibly one of the main differences between classic video games and modern ones. In the first generations of video games, the number of times you could “revive” was limited, which made retro gamers go out of their way to get additional lives with any available method:

Modern games include, in most cases, automatic progress saving, so if you “die” during a game, you will not have seriously lost your progress. The consoles and games of the past not only lacked automatic save, but many did not even allow saving games, so if you ran out of extra lives, you had to start from the beginning.

Some games included rudimentary systems, such as generating a random code every time you completed a level. Hence, you only had to enter this when you played again to pick up where you left off, but this system was far from perfect. Putting aside how cumbersome it could be, gamers quickly began to share game codes with more advanced and unique items, which for many was considered cheating.

Do magic with few buttons:

We are all familiar with button combos and combinations, especially when fighting a horde of enemies. In retro games, you had to do it all with one, two, three, or four buttons at best (with their respective turbo buttons). These buttons did not perform complex movements but simple actions such as jumping, activating a power or weapon, and launching a blow.

That is why old-school gamers had to intuit the enemy’s movements to know when to use the right button at the exact moment.

In many retro games, the game mechanics might seem repetitive. However, the fact that an enemy had a pre-set movement pattern did not make it any easier to defeat. This is because, at the end of each level, the enemies become faster, more challenging, lethal, and can even acquire a new movement pattern to increase the difficulty.

Many other characteristics differentiate retro games from current video games; however, these are usually related to the ones you just read.

How can I enjoy old-school games?

If you want to enter the world of retro gamers, there are several methods with which you can achieve it:

This is probably the most popular way to enjoy old video games. In the modern market, some people specialize in selling old consoles, games, controllers, and others, fully restored and functional.

Of course, depending on the title of the game and the specific console you are looking for, the price can increase considerably for its collectible value. However, in most cases, the prices can be really accessible to anyone.

Another very popular method for Retro Gaming is to get emulators of old consoles such as the NES, the SNES, or even of the different versions of Game Boy, among others, and digital versions of video games. In this way, you can play it from your computer or mobile device without problems.

However, many of these digital versions come from pirated sources, so they may have some bugs that affect the gameplay.

From time to time, studios (or groups of enthusiasts) remake classic games, adapt them to modern graphics engines, and add new features to surprise gamers. Among the games that have received striking remakes are Pac-Man, Tetris, Space Invaders, and others more complex such as King’s Quests or Freeciv.

As for re-releases, these are really common today since many studios take advantage of digital distribution platforms to offer their video games to the public again, but in digital format. Even the digital platforms of consoles like Nintendo or the PlayStation, continuously provide re-releases for old school games.

Among the most popular sites to buy classic video games digitally, the following stand out:

For a few years, companies such as Nintendo, Atari, or Sega have sponsored the launch of new versions of their classic consoles, which only need to be connected to a television to start playing classic titles such as Super Mario Bros, Sonic, or even Duck. Hunt. These new retro consoles often include built-in libraries with a wide variety of games.

Retro Gaming: become an Old School Gamer in a breeze!

Suppose you are ready to relive the classic moments of the golden age of classic video games. In that case, you can do it without problems by buying the console you want (both in its original version and in the new versions), or even by purchasing your favorite games in the digital version.

Best of all, if you use a gamer credit card like the new Ugami Card, you will not only be able to enjoy retro games, but you will also be able to earn rewards for your purchases. These rewards come in the form of Ugipoints, which you can exchange for anything you need to continue enjoying your gamer lifestyle: from next-generation consoles and games to tickets and exclusive access to different events and launches related to this community.

Don’t wait any longer, and Download the Ugami App so that you will be one of the first users to enjoy a credit card created by gamers for gamers.